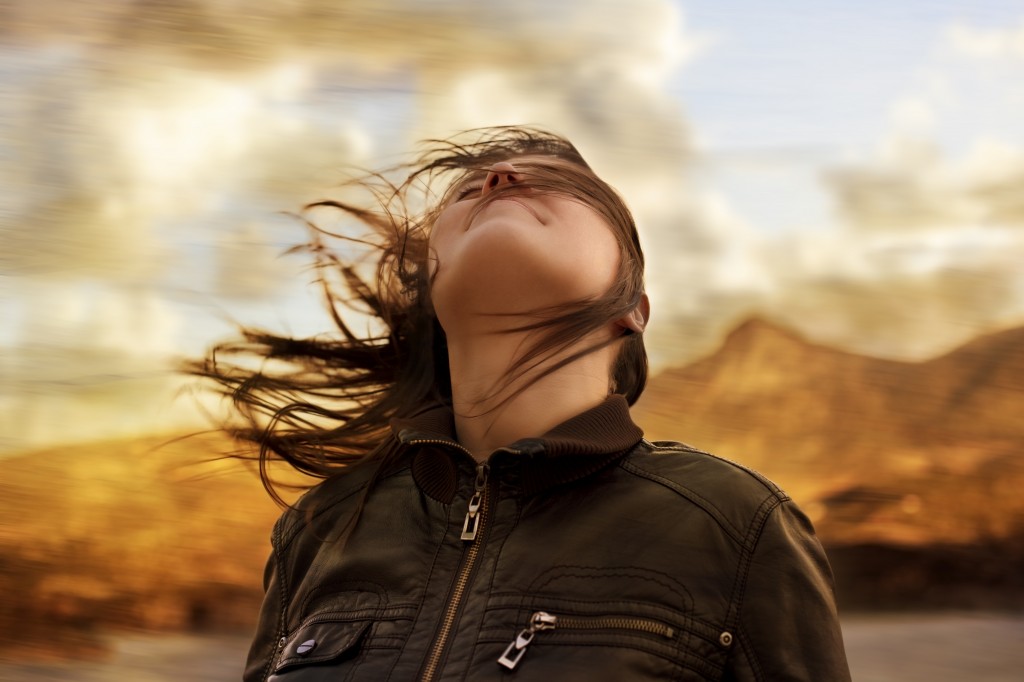 The day Sam got her “pink slip” seemed like any other day.

Eyes glued to some documents, she sensed her boss approaching.

“God, am I getting the ax!?”
Her heart beat faster, the heart of a hunted rabbit.

It was 2008, and Sam hadn’t been paying much attention to the trumpets and foghorns and drum-tap-tap-taps sounding off warnings about the economic crap hitting the fan. Sure, she’d heard about the massive layoffs. She just didn’t think she’d be one of them.

Sam missed her job and colleagues. A lot. More than that, she missed her paychecks, her financial lifeline. Week after week, she’d race to the mailbox, breath caught in her throat, hoping to find an unemployment check. It was taking too damn long, and no one could tell her why. Where’s that stupid mailman?

As weeks, then months ticked by, it was also taking Sam longer and longer to fall asleep. In three months, she’d applied for more than two hundred jobs—and not one nibble.

Feeling stuck and out of luck in Chicago, Sam scoured the Internet for summer resort gigs, and quickly landed one at a Wyoming dude ranch. Eureka! It was far from glamorous, but Sam didn’t mind. She’d always loved the outdoors—the sun, dirt, and wind made her feel more alive. Maybe the mountains and horses will be good for me, she told herself.

Unfortunately, she also had a painful condition triggered by nerve compression between the neck, shoulders, and chest called Thoracic Outlet Syndrome (TOS).

Now, when someone with TOS attempts intense physical labor—like say, twelve-hour days scrubbing kitchens and guest rooms, and lugging heavy trays of food back and forth—well, she might as well throw herself in front of a fast-moving car. (I say this because I’ve also got TOS. Like Sam, there’ve been too many times when I ignored my condition, pushed myself too hard to get the work done, or prove to others that I wasn’t a wimp.)

That’s what desperation does—it makes you do things you normally wouldn’t (or shouldn’t). Desperation throws you off kilter.

You lose your balance. Can’t find that inner compass that would tell you: “Hey, don’t go too far out there now, too close to the edge. Stay positive, but for God’s sake, throw in a healthy dose of skepticism, too, OK?”

By the third week in, Sam’s neck, shoulders, and arms burned with the pain. Days upon days turned into weeks, and still, she could barely move. She’d lay on the floor with icepacks under both arms.

She wasn’t getting any better. So her sister sent her to a pain specialist in Flagstaff, Arizona, and Sam didn’t have to worry about lodging either. Her sister’s ex, a massage therapist and yoga teacher, offered her a place to stay. Rest. Recover. Incredibly, after only three weeks of treatments, her pain was gone.

Sam was back in the saddle.

It was around that time that she bumped into Kim from Ojai, California. The two women sensed a strange, familiar connection and became instant friends. She couldn’t help but think how another friend urged her months ago to check out Ojai, said it was Sam’s kind of place. Was this just coincidence? she wondered. Or something more?

Sam’s family was traditionally Catholic. But she never really took to the faith. She had her own spiritual views.

There was the grass, the sky, and then—there was a powerful presence in-between—and Sam felt it. So she headed into the desert and did lots of hiking, searching for an answer that made sense, a sign that showed her which way she should go. She didn’t find it.

With her body on the mend, a friend offered Sam part-time work back in her hometown of Portland, Oregon. So she packed up and left Arizona. But it wasn’t a career move, and the money wasn’t even close to what she’d made in Chicago. This was just another bandaid, and she knew it.

One warm, dry summer night in Portland, she was job-hunting online at the  library, when a Craigslist ad caught her eye—something about a multilevel marketing (MLM) company that sold natural energy drinks.

Normally, she’d never consider MLM work. But she had to find a full-time job—had to make more money. In six short months, she’d depleted almost all of her savings. That’s when Sam started doing the credit card shuffle. You know, robbing Peter to pay Paul.

“You’re only digging a deeper hole,” a voice gnawed away at her insides.

That night in the library Sam picked up her cell and called “MLM Dan.” She didn’t know it, but he was as desperate for success as she was. He’d been struggling in Los Angeles as a comedic actor and screenwriter for longer than he cared to admit.

In thirty-plus years, he’d had so many almost-made-it junctions:

Dan would hear the click-clack-clack of the wheels as the money train rolled in. “It’s here, holy-shit, it’s finally here!” his heart screamed out. And then, without warning, the train switched tracks, and barreled right past him. Again and again.

No, his talents hadn’t been aptly rewarded. Frankly, a big part of him had given up.

So Dan was doing his best to sell her on the biz (and this wasn’t his first MLM rodeo). “This product is revolutionary,” he said with evangelical fervor, “and it really—”

“You seem like a nice person,” Sam interrupted, “but I need a real job, with real money.”

“Can’t believe I just said that,” she thought.

Sam’s tinkly-glass laughter erupted and floated into Dan’s ear, and he started laughing, too. Another pause. Then they both cracked up, together.

“Thanks, I needed that,” her tone softened. “It’s been a rough year.”

Whenever someone was hurting, Dan stood up straighter, and spoke from a place far wiser than even he realized. He could feel their pain and he knew just want to do to pull them back from the ledge.

“If you’re not interested in this business, Sam, I don’t care; it’s not that important. Believe it or not, I actually know what it’s like to be down and out without a glimmer of recovery, let alone some big success.” Dan flipped through a pile of bills that were almost as tall as his stack of unsold movie scripts.

“I think sometimes, the world around us has to crumble for our lives to go in the direction we’re meant to.” A sharp spasm shot through Dan’s back, and he winced. “Know what I mean?”

Sam rubbed her forehead, and moved toward a corner of the library. This guy is cool; he’s got his life together.

“Yes,” she said, tears filling her eyes. “I do.” Her small fingers reached out to wipe layers of dust off the window ledge.

“You’re just taking everything too damn seriously,” Dan shifted his aching back in his beat-up office chair. “Just trust that everything’s gonna work out—beyond what you’d ever imagined.”

“Look, I know we just met.” Dan felt a sharp cramp in his gut; he leaned forward and the pain went away.

“But I can tell, Sam: you’re too bright and kind, too talented for anyone who knows you to just stand there and watch you fall.”

The library lights flickered off and on. It was closing time. A thousand miles apart, the two souls said goodnight . . .

Subscribe above to “The Weary and The Brave” so you don’t miss Act 3, the final part of this true story.

Now and then, we all need help riding the waves of life.
For yourself (or someone else), get my inspiring, mystical guide
THE LIFE RAFT: Rise Above the Tides & Rescue Your Dreams
at Amazon / B & N